An osteopathic approach to headache – a clinical case

I recently had the pleasure of meeting and treating a patient whose history and symptoms represent an ideal osteopathic case study. This week’s blog details the case in the hope that telling somebody’s story might help our readers appreciate the numerous way in which osteopathy may be helpful.

Headache is a common symptom for patients to seek the help of osteopaths. Henry (not the real patient’s name of course!) was suffering from debilitating headaches, so much so that any form of physical activity would trigger days of discomfort. Henry was very concerned; as an active man in his late forties, not being able to keep active presented a huge limitation to his mental and physical health. This limitation was further worsened by the fact that in the past year Henry had been through a particularly stressful time for a number of personal reasons.

As osteopaths, triaging a patient with headache requires a good understanding of potential medical issues that could be pertinent to the symptom picture. What are the chances for this being something serious? Does this headache have a musculoskeletal origin and therefore lie strongly within our remit? Can we help? Let’s start with the basics.

Henry’s headache presented with slightly different characteristics depending on the intensity of the physical activity he carried out. Usually located at the base of the skull on one side of his head, any increased strain made the pain spread up the side of his head and down to the neck on the same side, restricting head rotation and causing upper shoulder discomfort. This was often but not always followed by an allover headache that could last for days. Another interesting symptom that caught my attention was what Henry described as a very strong buzzy feeling that could spread all over his body after physical activity and could last for for a day or two after exercise. This unpleasant hyper-aroused sensation preventing him from resting.

Both the headache and buzzy symptoms had been going on for about 4 years and Henry had undergone a CT scan and a lumbar puncture on suspicion of serious conditions – all of which came back negative. The headache was still present however, as was Henry’s frustration.

The fact that a series of medical diagnostic procedures had already been carried out helped put my mind at rest as far as sinister causes of pain and neurological symptoms were concerned. This meant that I could focus on likely musculoskeletal causes of the pain. These were predominantly: arthritic changes in the neck, postural muscular fatigue from the upper shoulders and neck, or suboccipital muscular pain with referred pain to the scalp and temporal pain.

Of these, the likeliest diagnosis was suboccipital muscle fatigue and strain with embedded trigger points as this most closely replicated the site of the main pain and its referral pattern. Given this, the treatment was extremely straightforward. All Henry needed to relieve his symptoms was trigger point acupuncture to release the knots in his upper neck muscle and spinal manipulation of his upper thoracic spine to improve flexibility and compliance at the attachment sites of both upper shoulder and neck muscles that were preventing movement of the upper cervical spine.

I attributed the hyperarousal caused by physical activity to ‘facilitation’ of his autonomic nervous systems whose centres are adjacent to the upper thoracic spinal joints (between the shoulder blades). Spinal manipulation is thought to have a calming effect on the joints and muscles and therefore their control centres in the nervous system which proved to be helpful for Henry.

One treatment was enough to give Henry more than 75% improvement in his pain and ability to exercise without feeling buzzy and restless afterwards. Two further treatments helped establish and embed these physiological improvements, allowing Henry to return to exercise as he had before before the headaches started.

Is osteopathy suitable for you?

Henry’s clinical case is an excellent example of how apparently complicated symptoms and health presentations can be treated very simply when the right diagnostic process has been carried out.

Osteopaths are often the last resort of patients who have been left with an unclear diagnosis for their pain after intensive imaging and neurological consultation have found ‘apparently’ nothing.

If you feel you fall within this category and you suffer from chronic or recurrent headache that affects your ability to fully engage with you life, osteopathy might be suitable for you. Call our reception team to find out more about how our practitioners can help you.

If you’re not sure whether we can help, please give us a call on 020 7735 6813 or email info@kenningtonosteopaths.co.uk 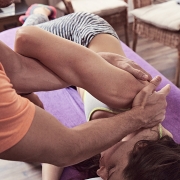 An osteopath’s journey to shoulder health 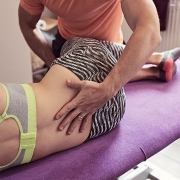 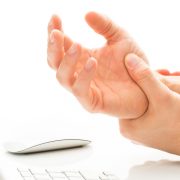 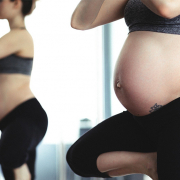 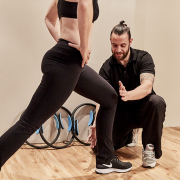 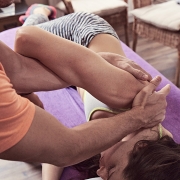 Art in the management of pain!
Scroll to top